Have I got some books for you!

I met Rachel Rawlings last October at Hallowread – an interactive convention for both authors and fans of the Paranormal/Urban Fantasy and Horror genres and set us in Ellicott City, Maryland, a place often called one of the most haunted small towns in the US! It was my first appearance anywhere as a writer and she helped make the entire weekend a real joy and a bit spooky! She’s also a fabulous writer. She has a series of books out The Maurin Kincaide Series, that readers who like stories of the supernatural, paranormal intrigue and a little mystery thrown into the mix will very much enjoy.

Ill Fated, the latest release in the series is coming this October. Check out the other books in the series. You’ve got time to catch up!

Some things are destined to end in death. After the first attempt on her life Maurin wasn’t scared. Hell, she was almost flattered. But someone put a price on her head and things are getting complicated. Trouble is brewing in the fae courts and it’s spilling over into Salem. The UnSeelie Dark Guard have answered the call for her head on a platter and people closest to her are disappearing.

Can Maurin master court politics and find her missing men before someone claims the bounty on her head?

Intriguing, yes? I think so.

The other books in the series are: 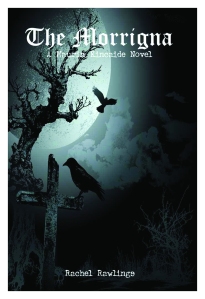 When the current bad guy turns out to be a demon, Maurin must work with Seamus–the task force’s prime suspect for unleashing said demon. She follows Seamus deeper into the supernatural community and discovers there’s a lot more going on than anyone guessed.

Our unique investigator is quickly enlisted from her day job by the Council, a secret governing body of all things Other. They want her to find out more about the abundance of demons in Salem and who might be controlling them… 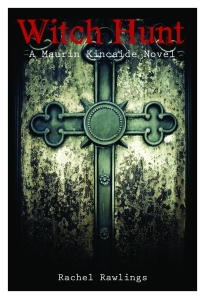 Witch Hunt: Maurin Kincaide is back in this action packed follow up novel to The Morrigna. No longer a member of Salem’s Preternatural Task Force Maurin is the new liaison for The Council, governing body of Others. During what should have been a routine meeting with her former Captain, Maurin is brought in on a murder investigation. Three dead witches, three cryptic clues, no sign of the killers and the Salem coven is losing allies within the Council. If Maurin and her unlikely partner Captain Matthison can’t stop the killers, the Witch City might be without its namesake.

Wolfsbane: Given the choice between her sister’s wedding and witnessing the challenge for Alpha of the Salem pack, Maurin knows exactly where she’d rather be. Smack dead center in a pack of snarling werewolves wearing eau de filet mignon.

Until Francesca takes off the morning of her wedding. Being her sister’s keeper will not excuse her from her job as the Council Liaison. Torn between obligations to a family she’s avoided for almost a decade and the Council of Others, Maurin has less than twenty-four hours to set things right. 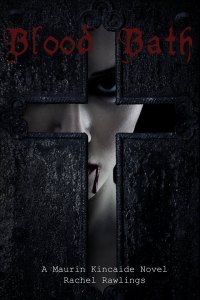 Blood Bath: A serial killer in Salem? Not for decades, but the bodies are piling up and all signs point in one direction. Rogue vampire. Except things aren’t always what they seem, especially in a murder investigation.

With her current relationship on the rocks, her father playing match-maker and her neighbor tossing his hat in the ring, the body count isn’t the only thing on the rise. Maurin is neck deep in magic, mayhem and murder.

Can she catch the killer before the killer catches her? One thing’s for certain, when hunting vampires there will be blood.

You can find all Rachel’s books here: Rachel Rawlings on Amazon

Filed under Authors to watch, Books To Read, fantasy

One response to “Have I got some books for you!”

This site uses Akismet to reduce spam. Learn how your comment data is processed.